Universities can develop two distinct, overlapping ecosystems: one targets at start-ups; the second focuses on innovative companies. To date, most universities concentrate on the first, less so on the second. But a stronger innovation ecosystem creates near term opportunities to expand the university research base. We are currently working on several projects to strengthen innovation ecosystems at Purdue and other universities.

Strategic Doing can help universities develop these ecosystems more productively. With Strategic Doing, a university can increase both the volume and velocity of its collaborations both inside and outside the university. Regions across the globe are facing a growing list of wicked problems. Universities have valuable assets with which to address these challenges.

However, many universities are not productively deploying their knowledge assets to address these complex challenges. Two problems are apparent. First, the opacity of university boundaries to outside constituents often makes the university hard to navigate. Second, internal to the university, resources flow vertically through colleges and departments. There are few faculty incentives to collaborate across disciplinary boundaries. As a result, internal resources are often fragmented.

Have you been as awe-struck at the images coming from NASA’s Mars InSight lander as we have? The NASA mission to Mars hit a major milestone this week: an unmanned spacecraft made a perfect landing 300 million miles from its starting point on planet Earth – after almost ten years of planning (the original proposals for what became InSight were submitted in 2010. In Strategic Doing, we talk about complex challenges, but this accomplishment redefines the word complex. And, it’s just a step on the way to NASA’s ultimate goal of putting humans on the red planet.

The team at the Purdue Agile Strategy Lab had the opportunity to work with several groups at NASA last year in a series of three workshops – not those working on the InSight project, but those working in the life sciences areas of the agency. As is the case in most large organizations, there are units that clearly share some common goals and could benefit from working together, but for whatever reason that doesn’t happen – or at least, it doesn’t happen as frequently or intensely as NASA’s leaders would like. The work with NASA was challenging, because it forced the Lab’s team to re-think about several components of Strategic Doing. Two in particular are worth a mention here:

What does the “30/30” concept mean if you’re going to be deploying it over not just months, but decades (the timeline at that point was ~37 years until humans can take that next “giant step for mankind”)?  Which parts of the process can NASA use to help move their work forward, even if they’re not going to take the entire 10 rules sequence into their everyday work?

NASA’s work really is, well, rocket science. Our Big Easy framework (in which we take a look at both impact and ease of execution) doesn’t quite capture what’s needed for these kinds of challenges. The Lab team ended up working with NASA leaders to develop a matrix that had a number of different criteria, to help them select a few areas in which they could begin new collaborative efforts.

Congratulations to the entire NASA organization on such a monumental achievement!

We are working with the Purdue leadership to design and guide a set of strategies to support the explosive growth of our undergraduate student body. Today one of the work teams developed success characteristic and metrics for six different strategic opportunities and they did it in 90 minutes. Strategic Doing is fast and lightweight. A welcome alternative to longer more costly approaches to strategy.

Our colleagues in Rockford used Strategic Doing to design this innovative initiative to fill the aerospace talent pipeline. The Rockford paper ran a great article on their work. Read more here.

Rockford, Illinois is a global center of excellence in advanced manufacturing, particularly in aerospace.  This critical sector of the economy is threatened by a looming shortage of engineering talent. In collaboration with industry partners and the local community college, Northern Illinois University (NIU) created a community-based, industry-integrated workforce developent solution to address the demand for engineers.  Rockford area students can now earn bachelor’s degrees in mechanical engineering and applied manufacturing technology without traveling to NIU’s main campus in DeKalb. Third and fourth year NIU courses are taught by NIU professors on the Rock Valley [Community] College (RVC) campus.  Students have paid internships with area companies and are mentored by local NIU and RVC alumni.

Liz Nilsen and Ubaldo Cordova collaborated to create a powerful learning experience over the last week in Puerto Rico. Liz started by assembling a  six-member Strategic Doing faculty team.  The team included Rena Cotsones and Marco Lenis from Northern Illinois University; Janet Holsten from the University of North Carolina; Michon Hicks  from the Department of Employment Services in the District of Columbia. Ed Morrison and Liz from Purdue rounded out the team.

For his first steps, Ubaldo lined up the support of the Puerto Rico Science Technology and Research Trust. He also recruited about 40 professionals to take the 2 1/2 day training. From April 5-7,  these professionals went through our Strategic Doing 301 training. As a concluding exercise in our training, we jointly designed a one day workshop for about 70 civic leaders from across the island.

Then, a subset of our graduates served as table guides for the workshop on Monday, April 9.  We designed the workshop around six strategic focus areas: economic development, community development, innovation, entrepreneurship, education and recovery. In a six-hour session that stretched from 9 AM to 3 PM, the civic leaders designed nine complex collaborations, each with their own Strategic Action Plan.  We will continue to work with our team in Puerto Rico to support their new collaborations as they spread the discipline and skills of Strategic Doing.

Table Guides assess the success of their workshop on Monday, April 10.

Our work in Puerto Rico demonstrates how Strategic Doing can be quickly replicated and scaled.

The Purdue Agile Strategy Lab is  heading back to The Netherlands. We are working with our Dutch partner, Human Insight,  on a workshop to develop  an innovation and entrepreneurial  ecosystem in agribusiness and food in The Netherlands. We are working with the Ministry of Agriculture, Nature and Food Quality and the food accelerator, FoodStars, to organize this workshop.  The ministry is inviting a full range of potential actors in this new ecosystem: entrepreneurs, small and midsize enterprises, large companies, research institutes, knowledge hubs, investors, and government agencies. The session is scheduled for April 27, when we are in The Netherlands. 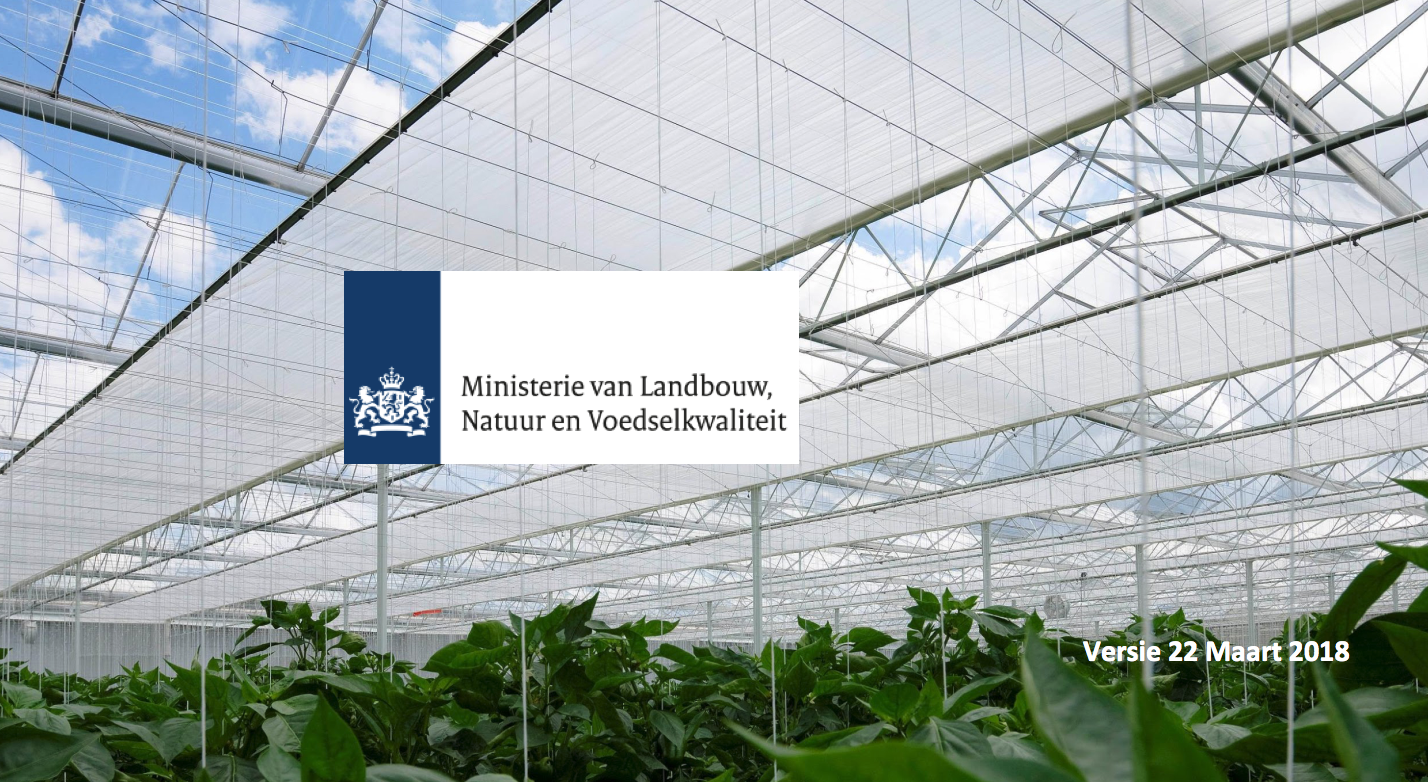 The design challenge for the session begins with the “framing question”. We view this step as critical to setting the boundaries of a complex system. We’ve presented several alternatives.

A frequent question we get is about marketing workshops: how do you get people to that very first conversation? One of the tangible benefits of being part of the Strategic Doing network is learning how others are using the discipline and using that information to sharpen your own practice. (Almost) everything I’ve learned about Strategic Doing I’ve learned from fellow practitioners – like the discipline itself, learning is an iterative, experimental process.

This morning’s inbox brought a great reminder of the power of the Strategic Doing community.

In January I shared a video from Granite City (Illinois)’s James Amos, inviting his community to a Strategic Doing workshop. The video is simple, but it gets the message across and James’ enthusiasm shines through; more than 100 people attended the workshop. I shared the video with our next Strategic Doing 301: Leading Complex Collaborations training, at Howard University in March as a strategy for marketing their workshops. One of the participants, Sandy Mehalko, has taken James’ approach and turbo-charged it for a Maryland initiative called Frostburg Forward, with several community leaders participating in the video to invite their peers to a workshop. Sandy says: “We sent it to 60 people, and 30 have RSVP’d in the first two days.”

Take a look at the Frostburg video:

Our trainings include plenty of good ideas about every phase of the Strategic Doing cycle, including but not limited to marketing workshops. Most of those ideas come from the community. Want to be in the front row for the next great ideas about Strategic Doing? Or have you already attended, but have colleagues that are struggling with how to lead healthy, effective collaborative efforts? We have two trainings coming up quickly: one in Montana (August 14-16) and another in New Mexico (August 16-18). Come join us!